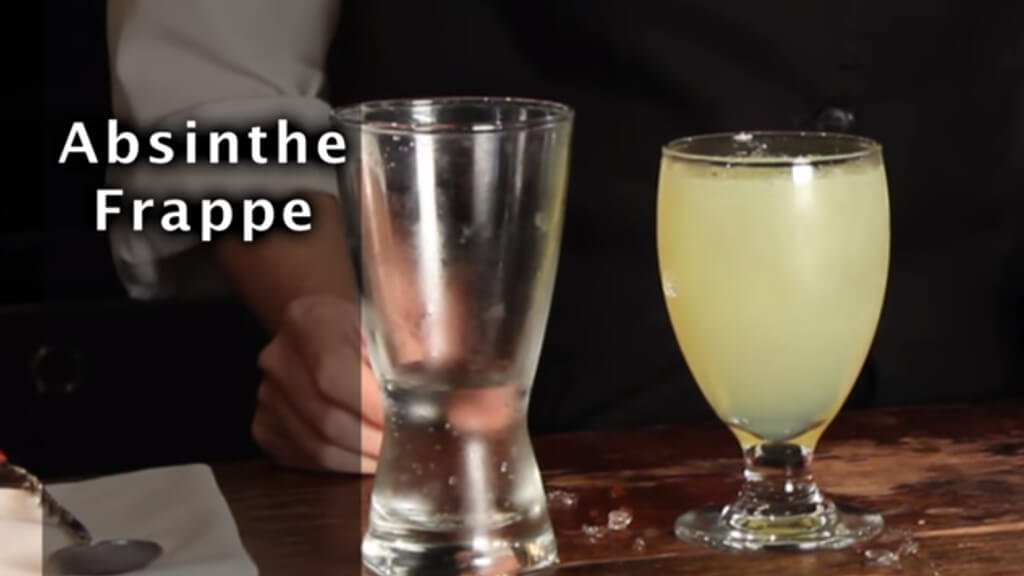 I was first introduced to absinthe accidentally, through an invitation from a friend to attend a gathering of the Wormwood Society. Lucid was already making its way onto shelves in America, but the real absinthe drinkers were already well-stocked with their own selections of the best from across Europe. I can’t remember exactly which absinthes we tasted that night, but I walked away mildly smitten with the Green Fairy.

Fast-forward to July and Tales of the Cocktail. As so often happens during that conflagration, I found myself wandering the streets of the French Quarter among a group of revelers, headed for the party and tasting at the newly-opened Absinthe Museum of America. Unsure what sort of event we were heading for, I was mostly along for the fun (and free absinthe didn’t sound too bad, either, even though I didn’t expect anything more exotic than Lucid). Much to my surprise we found ourselves in an absolutely lovely little museum of absinthe ephemera—glasses, fountains, spoons, books, bottles—crammed with people tasting a number of different absinthes. We arrived late and unfortunately missed one or two that had run out of samples, but I enjoyed the ones I sampled immensely.

A few days later, on my birthday, we found ourselves in the French Quarter with nothing to do and a few hours to kill before meeting friends. A glass of absinthe sounded divine, so we wandered a bit in an effort to find a glass. The Old Absinthe House isn’t far from the Monteleone, so we decided to head there first. Now, having never been to New Orleans before, I had no idea that the Absinthe House was now a sports bar. We walked in and found ourselves awash in dangling football helmets, signed jerseys and patrons ordering Jager Bombs. We were definitely not in Kansas anymore.

Undaunted, Mary stepped up to the bar to procure us some absinthe, ordering the Absinthe Frappé that is so proudly touted on two signs in the bar—one of the few things not obscured by the ephemera adorning the walls. She returned to the table bearing the news that the Absinthe Frappé is made with Herbsaint, not absinthe, and that we had our choice of two absinthes—Le Tourment Vert, which looks and tastes like Aqua Velva, and Kübler, refreshingly absinthe-like in nature. The bartender even unbent enough to make their version of an Absinthe Frappé with the Kübler for me, so it didn’t turn out to be an abortive absinthe mission in the end.

Of course the story doesn’t end there, and upon our return we rushed out (after we recovered from our three-day hangovers) and picked up a bottle of St. George Absinthe Verte, made semi-locally in Alameda, California. After briefly contemplating engaging in the absinthe ritual, we scrapped that plan in favor of the advice of David Wondrich, and made the Absinthe Frappé.

1 oz absinthe (St. George Verte)
2 tsps sugar (give or take, depending on the absinthe you use)
1 oz water

Pour the absinthe, sugar and water into a blender. Blend for a moment to dissolve the sugar and then, with the blender running, add three or four large ice cubes through the hole in the top, pausing between cubes to let them get crushed. Continue blending until smooth and serve in an old-fashioned glass.

I have this thing about drinks with an icy texture—I really, really like them. So when I say that this is like drinking an absinthe Slurpee, I mean that in the very best way possible. (It was only my avoidance of HFCS that kept me out of all the daiquiri shacks in New Orleans.) I’ve done the ritual thing before and, while that is a perfectly nice way to drink absinthe, I really love this frappé. It is extra cold, as the water should be when preparing absinthe in the traditional way, and the whole thing just sings when it’s been whipped together (and it stays cold longer, which is especially nice). In fact, this frappé is so good we’re nearly a third of the way through our new bottle of St. George…and we haven’t even had it a week.