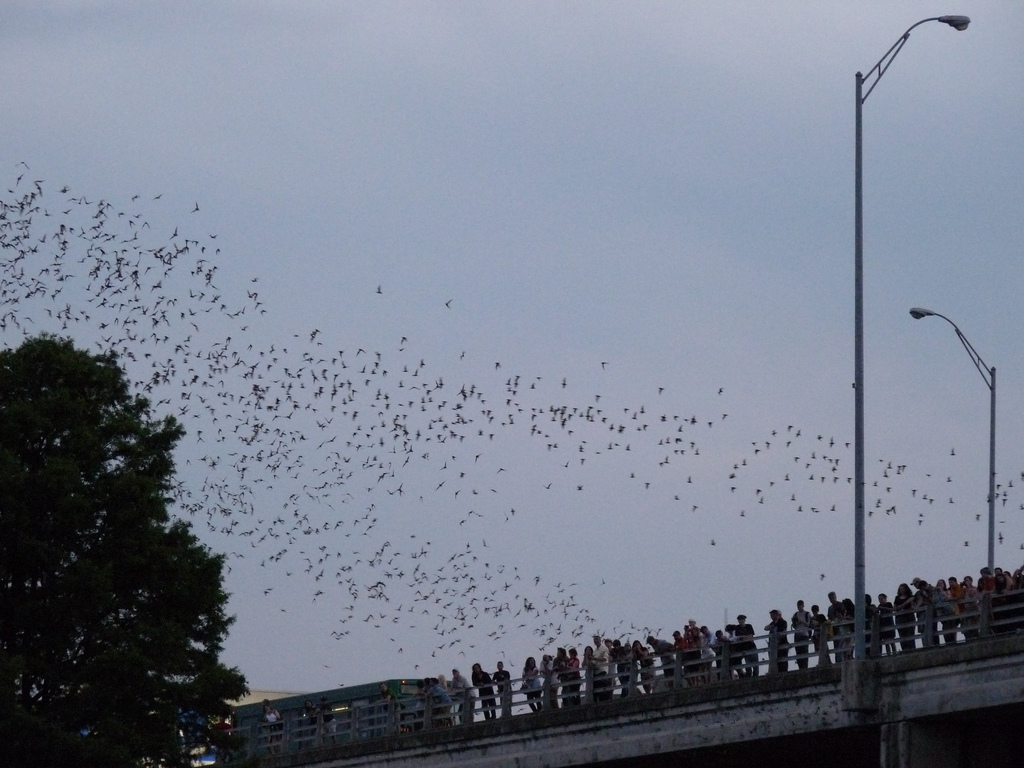 We just couldn’t get enough of the bats that we love – Austin has a Bat Festival. The 14th Annual Bat Fest is August 18th, 2018 and takes place on the Congress bridge. Experiencing live music, craft vendors, yummy Austin food, bat costume contest, bat activities and the flight of the Austin Bats from the Congress Bridge! Austin is known for keeping ‘it weird’ and this is just normal for us. Bat Fest is now a staple amounts all other festivals and is celebrating their 14th year. Be sure to take in the full Austin Bat experience and order Bat Fest Tickets.

Have you ever seen thousands of bats ascend into the sky? It is one of Austin’s number one tourist spots of all times. For decades these bats have lived under the Ann W. Richards Congress Bridge in Downtown Austin and have made their way through Austin and the metro area eating thousands and thousands of bugs like mosquitoes.

When to see the bats?

The bats will usually fly out right before dusk – about 30 minutes before it gets dark. Get there right before sunset and before it gets too crowded. Since this is Austin number one Tourist attraction there will be hundreds of people. Any spot on the bridge or down below the Congress bridge is perfect since you will be looking toward the sky. If you get there late – no worries.  There are always stragglers that did not get the memo and bats will continue to fly out even after dark. They are just easier to see at dusk.

Where to go to see the Austin Bats?

They usually fly out of the bridge East wards – so be on the east side of the Austin Congress bridge. If you are not sure where to go – ask a local. This is still Austin number one attraction for locals. Bats will all descend into the sky in one big group – flying towards the East.

Watching the bats from the Town Lake

Another way to watch the bats is from Austin’s very own Lady Bird Lake. This is the river that runs right through the city. There are tourist boats that will take you out on the lake and one of their main evening attraction of the river is the Austin bats. It is recommended that during the summer months you buy your tickets for the boat tour guides in advance. There are several Boat companies.

The bats under the Congress Bridge are Mexican Free-Tailed bats. They call Austin home until Early fall and return early spring. Austin is proud to claim that this is the largest urban colony in North America. The colony is estimate to be at the count of 1.5 million bats. Bats give birth to one baby ‘pup’ in June and the pups will migrate with the rest of the bats by late august.

Why does Austin love Bats?

We all know bats eat insects and a lots of them! Each night they can consume about 10,000 to 30,000 lb of bugs. Their diet consists of beetles, moth, flies, wasps, ants and mosquitoes. If you are out in Austin and notice you haven’t been plagued by mosquitoes – you can thank the bats for that. The bats love Austin in the summer time despite the humidity and heat. During the winter time they head to a cave in Monterrey Mexico.

Mexican Free-Tailed Bats are very small and average to be about 3.5 inches long and weigh approximate half an ounce. They love to live in crevices that are about 1-3 cm wide. This is what makes the Congress bridge perfect for their Habitat in Austin. 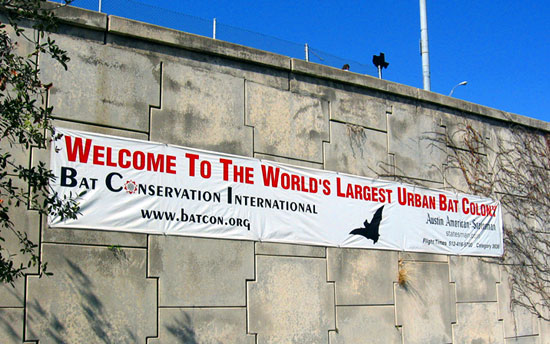